Mary Ann Clarke was one of fourteen children of convict Robert Smith (John) and his wife, Margaret (Hartley). Convicted of horse stealing at Bristol Assizes, Smith arrived in the colony in 1827, aged 21. In the 1828 Census he is listed as labouring for the shipbuilder, John Grono, and in 1835 married Margaret, the daughter of David and Elizabeth Hartley and grand-daughter of Grono. 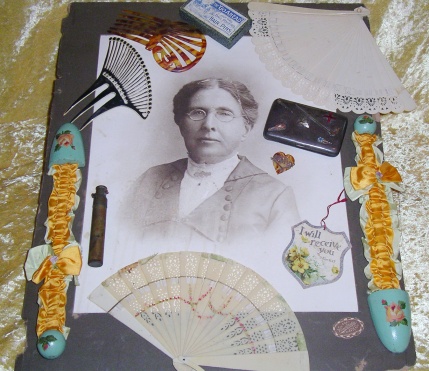 In 1869, one of their daughters, Mary Ann Smith, born in 1851 in Pitt Town, married Charles Hitchen Clarke. Her brothers, Lawson and Samuel Smith, married Sarah Ellen Clarke and Isabella Martha Clarke (both sisters of Charles Clarke). To confuse family historians further, Mary Ann’s sisters Jane, Emma and Charlotte all married into the Gibbs family from the Wellington district.

Mary Ann and Charles Hitchen Clarke farmed at Freemans Reach for most of their lives, apart from several years at Cooyal, near Mudgee, from about 1871 to 1879. Their first child, Robert Hilton, was born at Freemans Reach, then four children were born at Cooyal: Samuel Alfred, Elizabeth Margaret, Charlotte Isabella and Alice May. They had gone to the Mudgee district to make a new life for themselves and to be near Mary Ann’s elder sister, Elizabeth, who had moved to the area after her marriage to Joseph Pitt in 1854.

An unfortunate accident occurred in 1879 when Mary Ann and Charles’ daughter, Charlotte (aged two years), was severely burnt when her clothes caught fire. The skin damage from the burns required extensive treatment and, as her parents had heard of the excellent skin graft treatments being carried out by Dr Thomas Fiaschi in Windsor, they packed up and moved back to the Hawkesbury where Charlotte could receive ongoing treatment. Five more children were born at Freemans Reach: Annie Florence, Ethel Jane, Hilda(h) Amelia (died aged one year), Charles Henry and Colin Edward. They married into the Collison, Cupitt, Hornery, Gardiner, Butler, Davis, Gibbs and Lamond families, thereby establishing a long line of descendants who shook off the convict stain and contributed greatly to agricultural, community, sporting and business life in the Hawkesbury, Mudgee and Wellington districts.

Mary Ann Clarke died at the home of her daughter, Charlotte, at 92-98 George Street, Windsor, in 1919 and Charles Hitchen Clarke died in Richmond in 1930. Although their parents are buried at St John’s Anglican Cemetery in Wilberforce, Mary Ann and Charles made a decision early on that St Matthew’s Anglican Church in Windsor would be their family church and they are both buried in St Matthew’s cemetery. Rev. Norman Jenkyn conducted each service and spoke of the ‘esteem in which the late Mrs Clarke was held throughout the town and district…she was a good Christian woman’ who ‘loved her children, lived and worked for them, and was a true helpmeet to her husband’. It was said of Charles Clarke that ‘the Hawkesbury district has lost one of its oldest and most respected residents’.

(This article by Carol Roberts first appeared in the Hawkesbury Gazette, on Wednesday, 9 November 2016.)